How Drivers with Disabilities Can Benefit from Advanced Driver Assistance Systems 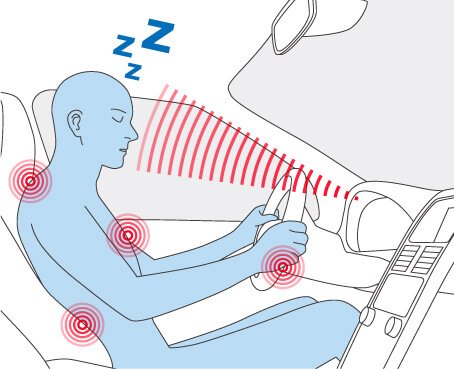 How Drivers with Disabilities Can Benefit from Advanced Driver Assistance Systems

The technology that is used in the manufacture of modern vehicles is always advancing. Today, vehicles come with impressive features that enhance the safety of drivers and their vehicles. The vast majority of these features are called Advanced Driver Assistance Systems. They check things like speed, steering, and braking tasks. Some can take certain actions or send alerts to the drivers automatically.

Drivers with disabilities or limited mobility can particularly benefit from these features. That’s because they can take some actions like twisting the seat to enable the driver to see behind. People are always debating about the pros and cons of allowing these features to control a vehicle. However, ADAS can play a role in enhancing the driving experience of people with disabilities.

Statistics have shown that Advanced Driver Assistance Systems have played a significant role in:

Automakers are developing ADAS continuously. It’s estimated that new vehicles will continue to have at least two built-in ADAS as their standard. Modern car manufacturers are providing this technology as optional extras for their vehicles. Here are some of the major ADAS features to look for when purchasing a new vehicle.

Almost every adaptive cruise control feature uses a radar. However, this feature can also come with cameras. The vehicle computer communicates with sensors to oversee throttle, brakes, and steering in some vehicles.

Just like Adaptive Cruise Control, Autonomous Emergency Braking uses sensors to check if there are obstacles on the road ahead. Both AEB and ACC share sensors in most cases. However, a car can have specific cameras that detect pedestrians and cyclists at the road edge. Vehicles with this feature have complex algorithms that are used to evaluate the impact probability almost instantly.

The Autonomous Emergency Braking warns the driver of an approaching hazard using an alarm or dashboard lights. This happens before the all-out braking force is operated if the driver doesn’t react. The emergency braking system of a vehicle can lower the driving speed slightly if the vehicle is at a higher spend. This can help in the prevention of a collision, especially when driving at a slower speed in an urban area. Vehicle manufacturers are also developing AEB technology to circumvent head-on corrosion, as well as, junction-crossing crashes.

Most people struggle to drive on congested roads. Traffic Jam Assist is an innovative feature that makes driving on congested roads easier. It enables a vehicle to evaluate the distance between vehicles. After that, the feature can take over deceleration and acceleration while keeping the car in the lane. Thus, the driver is just required to steer the vehicle only.

This is an innovative technology that you will find in the most modern vehicle. But, vehicle manufacturers are improving it to ensure that vehicles are not steered out of their lanes. For instance, this feature can give the driver an alert. In some cases, the vehicle can steer slightly to ensure that the vehicle remains in its lane. This is very important when driving on motorways and dual carriageways.

This is a system with a forward-facing camera that searches ahead for road signs. The camera of this system is connected to software that recognizes characters and reads the illustrated changes. This information is then relayed to the instrument panel of the vehicle. And, the conveyed data remains on the instrument until changes occur.

Thus, if the driver is unsure about the speed limit, they just check the instrument for information. Although this can seem basic, it can prevent inadvertent speeding. It can also encourage the driver to be more attentive on the road.

Most vehicles come with this feature in different forms. For instance, it can be a light that appears on the wing mirror that tells the driver that there is a vehicle in the blind spot. Another feature for detecting a blind spot can stop a person with a disability from driving into a different lane where the chance of hitting another vehicle is higher. This is beneficial for a driver that has limited mobility and can’t turn around physically to check the blind spot.

This feature could only be found in premium cars. However, automatic parking or self-parking is now a common feature that is increasingly available in modern vehicles. With this feature, overcoming parallel parking and other parking challenges becomes easier. Self-parking features use parking sensors that enable drivers to park their vehicles with ease.

Modern vehicle makers are using different ADAS technologies to enhance the experience of drivers with disabilities. Look for these features to benefit from Advanced Driver Assistance Systems if you need a vehicle for a person with a disability.